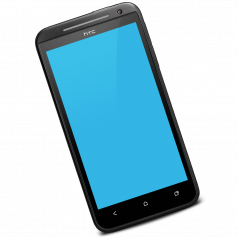 The holiday season is upon us, whether we are ready or not, and it’s never been more likely that under the tree or in your stocking you may discover a smart device of some sort. Imagine Christmas morning, you’re sitting around the tree with your extended family and you’ve received an Amazon Alexa. That’s wonderful! How thoughtful! It’s shiny, it beeps, it has features you haven’t dreamed of yet. But it needs wifi, in fact, looking around the room, you see you’re not the only one, there are several bright-eyed folks with shiny wifi-enabled devices. Now what? You know you have a router with wifi, you know it has a password. What’s more, you know that password and you’re pretty pleased with your saavy-ness. So you stand up in your candy cane pajamas and announce the password, articulating each character, “T” as in Tom, “M” as in Mary, everyone is connecting and.... Everything is SLOW. Everything is dropping connection. Kids are whining, the dogs are howling, the tree catches fire, well, not actually, but you get the idea. The Christmas high is fickle and now it’s fleeting and we can’t have that. This is supposed to be the fun, old-fashioned family Christmas of our dreams. What went wrong? Well, today we’re going to break down exactly what might have happened and how that can be avoided.

How Many WiFi Devices are on Your Network

Every device that uses wifi registers itself with your router and then it has a connection to pull internet whenever it needs to. What we find as we install and troubleshoot the internet is not only do people use many devices, they tend to use them more frequently than they think. Here’s a typical scenario to consider:

Jim and Nancy are a retired couple living in town, they subscribed to our internet a few years ago mostly so they can look at Facebook and see their grandkids. Their children convinced them they needed smartphones and last year they got ipads for christmas. They don’t have cable anymore, it just got too expensive, they have a Hulu and Netflix subscription their son helped them set up at Easter. They’re getting the hang of it.

So if you spoke to Jim and Nancy they’d tell you they don’t really use the internet. However, when you ask them how they typically watch tv, the truth comes out. They don’t really like the same programming so Jim watches his WWII stuff on the TV in the den and Nancy watches her true crime documentaries in the bedroom. While they’re watching their shows they are also usually flipping through the news or facebook on their ipads. So these two retirees are using a majority of their bandwidth each night. How is that? Well, the average Netflix stream requires a constant 5mbps and Hulu requires 8mbps to show their content. That’s 13mbps. If you have both ipads using the internet that’s an additional 5mbps apiece. Now we’re up to 23mbps. Those are just the active devices. They’ve got a couple laptops, the living room tv, and two phones also connected to the router! Those devices are still using internet as well, not very much but some. So let’s say those devices are using 3mbps all together. That means on an average night our retirees, Jim and Nancy, are using 26mbps! Our lowest tier internet package is 30mbps. They’ve nearly maxed out their bandwidth, just the two of them doing their nightly routine.

This in itself is not problematic but let’s look at what happens when their granddaughter Liz comes to visit. Liz is 8 and has a tablet. Liz has no desire to watch true crime or WWII documentaries. She wants to watch a kids show on the living room tv, but she also wants to play her favorite game on her tablet. All of a sudden Jim and Nancy’s 26mbps is up to 36mbps but they only have 30. Now Jim’s TV in the den is buffering and it’s taking forever for Nancy’s facebook to load anything. You see what’s happened? It doesn’t take long in this day and age to really use your bandwidth quickly.

How Much Bandwidth Do I Need

Now let’s get back to Christmas, you aren’t Jim and Nancy, you’ve got a family with three kids at home and now everyone has a new device to connect! Considering what you learned at Jim and Nancy’s, you realize your bandwidth just isn’t going to cut it.  And luckily, here we are, in the present, it’s well before Christmas and you can prevent the unfortunate situation you experienced above by taking advantage of MT Networks offer to bump up your speed on a trial basis for three months for no charge.

Not only are we offering a faster speed in a free trial, MT Networks can assist in connecting any new devices you have to your wifi. We can install wifi access points at your house to allow you to have wifi in your yard or your shop, maybe you’d really like to take your new tablet outside and watch the game. Whatever you need, MT Networks has you covered. We hope you take advantage of our offer and as always we wish you and yours the happiest of holidays.